Cholera is a serious disease spread by drinking water or eating bacteria-contaminated food. Severe Cholera is characterized by watery diarrhea, and if left untreated may cause death due to dehydration and fluid loss. This disease is incredibly rare in industrialized countries but occurs in developing countries such as Haiti, the Dominican Republic, along with parts of Asia and Africa. While it is incredibly rare in industrialized countries, it may be carried back by relief workers coming from countries where it is common.

How Can I Get Cholera, and Where am I Most at Risk?

This disease is contracted by eating food or drinking water contaminated with the cholera bacteria and is common in developing countries and rural areas with high poverty. It occurs most often in developing countries such as Haiti, the Dominican Republic, along with parts of Asia — India, Sri Lanka, Vietnam, Thailand, China and Africa — Uganda, Zambia, Zimbabwe, Yemen. Those most at risk for contraction are relief and mission workers to developing countries, as well as adventure trekkers, safari-goers and tourists staying/working for long portions of time in countries where risk is high. Cholera is extremely rare in the United States and Canada, but can sometimes be brought back by those returning from trips to developing areas in the world.

What are the Symptoms of Cholera?

Symptoms of Cholera include watery diarrhea, often called “rice water stool” due to it’s pale, milky appearance, as well as nausea and vomiting. In severe cases, it can lead to dehydration and fluid loss, and might even be deadly. Those most at risk are people with compromised immune systems, as well as small children and the elderly. Once contracted, simple treatment reduces the mortality risk to less than 1%. Symptoms of cholera are watery diarrhea, nausea, and vomiting. If left untreated it may cause death due to dehydration, though treatment is simple and reduces mortality rate to less than 1%. Cholera is a disease spread by drinking water or eating food contaminated with cholera bacteria. Severe Cholera is characterized by large amounts of watery diarrhea, often described as “rice-water stool” because it can have a pale, milky appearance. It can also be accompanied by nausea and vomiting. If untreated, the loss of fluid can be deadly. But simple treatment, including replacing lost body fluids, can lower the risk of death to less than 1%.

What Can I Do to Prevent Contraction of Cholera?

The most important thing you can do to prevent cholera spread is to maintain safe and healthy eating habits, ensuring the cleanliness of your food, and regularly washing your hands when travelling.
A newly licenced Cholera vaccine called Dukoral is available now, but is not generally recommended by the CDC or Government of Canada unless you are travelling to areas of active cholera transmission. Generally, maintaining safe eating habits and avoiding unsafe food and water is enough to prevent infection. Most cholera outbreaks are quite limited and travellers are rarely at risk unless travelling to destinations where recent outbreaks have occurred.

ABC Travel Clinic offers consultations regarding Cholera vaccines & medications for customers locally in Toronto. Our clinic is located in Markham, cross border of Thornhill & North York. Review us on Yelp! Discover more about how to keep safe traveling across the globe. 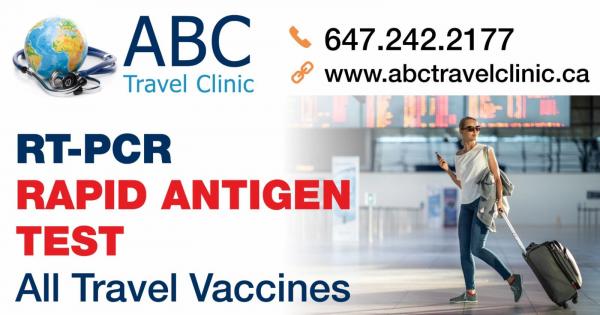